Get fresh music recommendations delivered to your inbox every Friday.
We've updated our Terms of Use. You can review the changes here.

by Jinx in Dub & Gigante 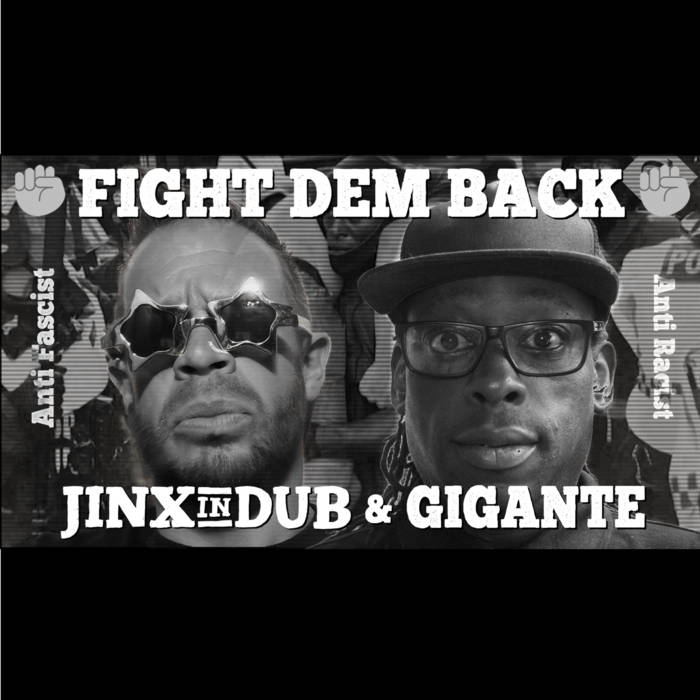 Taking general influence from the of anti-fascist protest songs of the 80s and 90s and more specifically from Linton Kwesi Johnson's Fight Dem Back, Jinx in Dub and Gigante have teamed up once again on this timely Reggae track.
With the mistreatment of Black people across the globe gaining more notice, with the rise of Nationalism and several Right Wing world leaders coming to power. Both men feel that now is a time in which this message of active resistance to Fascism and Racism, must be heard.

All proceeds from track sales are being donated to I-DENTIFY , a Black youth educational charity.

Thank you and big up for your support.

Bout them a defend monument
Who you?
Mind me nuh send fe Bristol man dem and Bristol crew
Fe come tear down you statute
Now this is jinx in dub and Gigante passing through
Run it!

Now I say when the people dem a fight fe equality
true dem sick tired and fed up a you brutality
Do remember seh war is ugly and love is lovely
but if you stand up inna we way
you a go see the worst part a we
now we a long time soldier big inna diss
so warn Mr Trump and warn blood claart boris
Seh when our ting fire it nah go miss
if you tink a lie find out when you diss
you hear that!

Bandcamp Daily  your guide to the world of Bandcamp

Kyle McNeill joins the show to talk about his new project, Phantom Spell